The Folly of Man 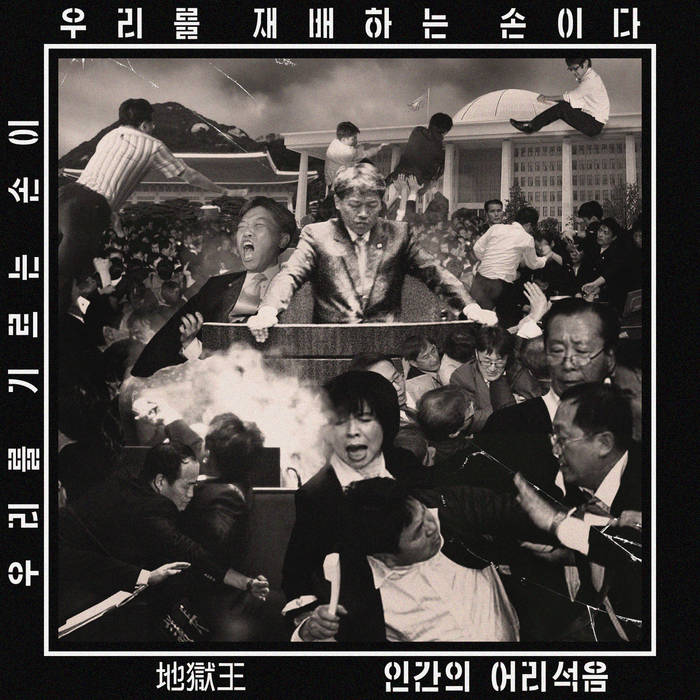 This is the 4th EP released by South Korean one man band Hellking. When this EP was first released, 100% of the proceeds were donated Savina Amalfitano's heart surgery fund. The surgery has since passed and Savina has made a full and healthy recovery. Special thanks to everyone that donated and helped by purchasing this EP.

Recorded on and off sometime during the Summer and Winter of 2011.
Somewhat Produced, Engineered, and Mixed by Chris Hellking
Recorded at "The Band Room" and "MG Headquarters and Alien Paraphernalia Exhibit"
Mastered at "Soul Slayer Recordings" by Allen Falcon

All songs written by Hellking except "ロマンチスト" by The Stalin.
All rights wherever due.

Hellking is a Korean-American one man punk/hardcore band from Los Angeles, California. Having started in 2004, Hellking has gone on to release 2 full length albums and a few EPs and singles over the past few years. These eclectic recordings showcase a hybrid of punk, metal and everything in between and beyond. Though mainly a studio project, there are live shows on occasion in South Korea. ... more